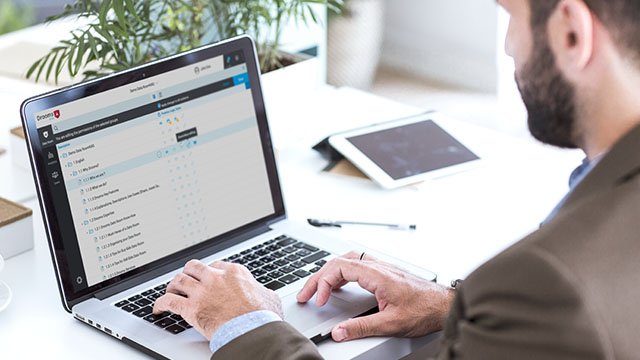 Top 5 IT Courses – The advancement in the field of technology has brought with it many skills to learn, embrace and put into practice.
Some famous and sought-after courses are listed below:

In the top 5 IT courses AI is on 1st position. As the name implies, AI is the intellectual and human cognitive abilities such as learning and problem solving, exhibited by the machines. It is a revolutionary technology and a vast field of study.

Due to its cognitive ability like learning from experience, modifying itself according to the changes, reasoning and self correction, AI has made its way in every single field.
Be it marketing, finance, agriculture, healthcare and gaming, AI is the jack of all trades.

Slowly but steadily, AI is gaining momentum and it is believed that its going to replace many jobs which were previously done by the humans and which took a lot of time, money and manpower to get done.
Resumes having AI skills grab a lot of attention in front of the hiring managers. Plus it also promises the growth of your business and your social status as well.
So, having an AI course is going to benefit in many ways.

Extended reality is a super ordinate which includes all the immersive and three dimensional technologies forming an amalgamation of the physical and virtual worlds.
In the top 5 IT courses ER on 2nd position. This includes Augmented reality, Virtual reality, Mixed reality.According to Forbes, by 2022 the XR is expected to reach $209 billions, which is eight times what it is today. Sounds incredible right?!

AR provides the user to experience the virtual world within the real world without being detached from their surroundings. This can be accessed by means of AR glasses, screens, tablets and smart phones.
AR gained much popularity because of the famous game Pokemon GO that projects digital creature onto the real world.
Snapchat filters are another example providing AR experience by putting digital objects onto your head.

In this particular immersive experience, users are fully engrossed in a simulated digital environment.
For this, usually a VR headset or a head mounted display is required to get a 360 degree view of an artificial world.
VR deceives the human brain into believing that whatever is happening on the screen is a near to real experience, e.g, riding and then fearing a fall from the roller coaster, swimming under the ocean etc.
Recently released movie “Ready player one” was solely based on magnificent VR experience in which the characters were able to experience, live and move in the virtual world.

Mixed Reality as can be predicted from the name is a merger of real and virtual worlds
to generate a new environment and visualization with the integration
and coexistence of physical and digital objects in real worlds.

What are the benefits of XR and why should you learn it?

Because of its near to reality experience in many field, XR can be beneficial in
entertainment and gaming, training tool, better consumer experience, health care. If you learn how to make a XR software, you can get employed very quickly where any XR related skill is required. And if one is really motivated
and passionate about Extended Reality, you can gain a good name because this field is still developing and is not as saturated as other fields. With prior knowledge and creativity,
XR can provide you a stable and bright career.

It is the term used for storage systems available to several users over the internet.
In the top 5 IT courses CC is on 3rd position. Through cloud computing, servers, storage, databases. The software can be accessed from anywhere with an Internet connection.
Cloud Computing is reaping benefits for business because of efficiency and scalability, it has less operational issues, saves time and money, less carbon footprint and easily accessible data.

Cloud computing expertise has become a coveted and desirable skill that many business organizations are seeking,
since they want to set up a cloud environment as seamlessly as possible. Most companies face difficulty in finding an IT professional with cloud computing skills,
so it is a golden opportunity to enroll in this course.

Linux, which is an open source operating system that is rapidly gaining popularity due to its special features.
What makes Linux different from other operating softwares, is its safety and security from viruses and malwares, it doesn’t crash or slow down, doesn’t require costly repairs and licenses,
it’s easily installable and last but not the least, it is open-source, meaning that it can be used for any purpose.

Why opt for a Linux course?

Since, more and more people are becoming familiar with Linux, it is better to upgrade your skills and start learning this OS.
Specially, if you are a computer professional, then it is advisable that you get a hold of Linux. Also with regards to career, just knowing Microsoft Windows wouldn’t be much valuable,
whereas Linux skills will make you stand out from others while applying for a job.

Python is a high-level and general purpose programming language. Python has become an immensely popular language with vast applications.
It lets you do fairly complex things in relatively few lines of minimalist code. It allows you to focus on the core functionality of your application by taking care of the common tasks.

What can you do with Python?

If you are a programming or a software specialist, learning python is an integral and in demand skill. Major Application of Python is

• Development of Web frame in Django and Flask

Since Artifical intelligence and Machine learning use is on a surge, Python is being used more commonly because it has framework and libraries for these technologies.